Visit the oldest basilica in Christianity and travel back in time to discover the history of the Holy Stairs on this tour of the Lateran complex. 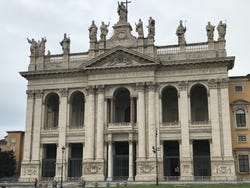 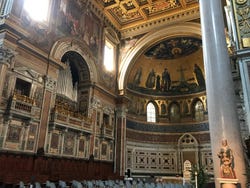 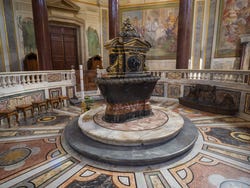 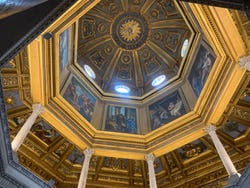 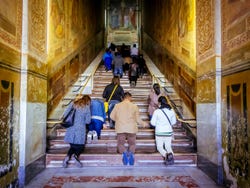 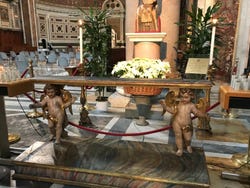 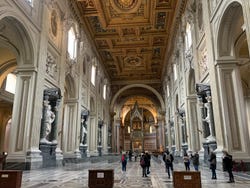 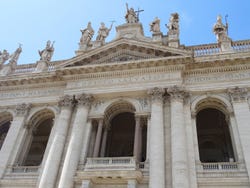 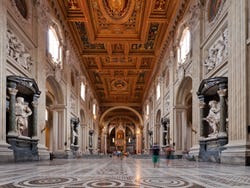 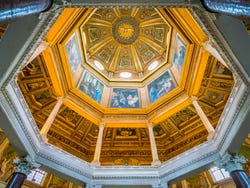 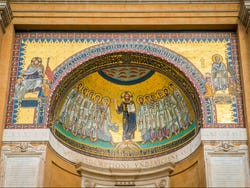 At the selected time, we'll meet at the Piazza di San Giovanni in Laterano. From here we'll begin a guided tour of the Lateran complex, where one of the four largest basilicas in Rome and the famous Holy Stairs converge.

We'll first head to the Archbasilica of Saint John Lateran, named by Unesco a World Heritage Site. While admiring its facade and its many marble sculptures, we'll tell you about how this temple is referred to as "mother and head of all the churches of Rome and of all the earth".

Then we'll access the interior of the building to admire its vaulted ceilings, mosaics, and paintings. Did you know that the Holy Door of this basilica can only be opened by the Pope himself? We'll tell you all about why.

Our next stop will be the sanctuary of the Holy Stairs. Here we'll discover the steps that Jesus of Nazareth himself walked before being judged. As tradition goes, the Holy Stairs were brought to Rome in the 4th century by order the mother of Emperor Constantine I. You'll hear all about this interesting story as we climb the steps to the private chapel of the popes, the Sancta Sanctorum.

Now we've come to the last stop of the tour: the Lateral Baptistery. This also happens to be the oldest baptistery in the entire city of Rome. Did you know that here remains of Roman baths were found?

Lastly, we'll end the tour after two hours at the initial meeting point.

Tours or activities will not consist of more than 10 people per group.

The activity takes place with a guide that speaks in english.

You can book up to the start time, as long as there are places remaining. Book now to guarantee your spot.

US$ 26.60
Free cancellation up to 24 hours before the service starts
Book

9.30 / 10 18,865 reviews
The city of the Caesars, of Baroque and, of course, The Eternal City. Discover Rome with this free walking tour of the Italian capital.
Free!
Book