Situated on Via dei Fori Imperiali, Trajan's Market is an archaeological complex that currently holds the Museum of Imperial Forums (Museo dei Fori Imperiali). It is considered to be Rome’s first “shopping center”.

The complex, made of red brick and concrete, had six levels in which there was once up to 150 different shops and apartments.

The exhibitions are comprised of models and videos that accompany the various remains that are left from the Imperial Forums to try to transport visitors to classical Roman times.

Although it does not enjoy as much fame as the Colosseum, Trajan's Market maintains an important part of its original appearance and offers a really interesting visit. 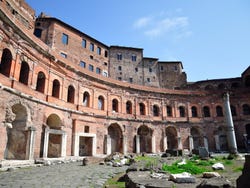 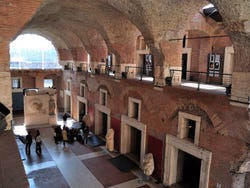 Arch of Constantine Baths of Caracalla