Located in a building east of the Piazza di Spagna and the Spanish Steps, the museum contains many reminders of the lives of both poets and other writers of the time.

In November 1820, the English poet John Keats moved to Rome believing that the warm Italian climate would improve the health problems he suffered due to tuberculosis. Within less than a year he died in the same house where he lived, and in accordance with the laws of the time, his belongings were burned to prevent the spread of the disease.

In 1906 the house was purchased by an American poet who restored it and turned it into the memorial it is today. During World War II, the house had to be hidden to prevent its destruction and the objects that were kept were sent to an abbey, where they remained hidden until 1944.

The Keats-Shelley House has a large collection of manuscripts, first editions, sculptures and paintings depicting the lives of the poets to which it pays homage. The house also has one of the finest libraries of Romantic literature in the world, to which thousands of volumes are added every year. 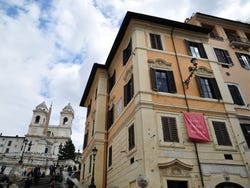 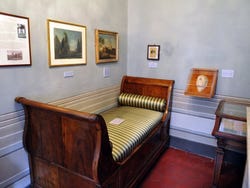