Janiculum Hill, considered by many as the eighth hill of Rome, is a peaceful and refreshing attraction close to the city center. As you walk up its pathways, you'll enjoy superb views of the city.

Janiculum became very popular due to the important historical role that it played in the defence of the city. Becoming the setting for the battle in which Garibaldi repelled an attack from French troops, its paths are full of sculptures of the heroes, including Giuseppe Garibaldi.

What to see in Janiculum

Janiculum is a very pleasant location to stroll around while enjoying a festive atmosphere that is removed from the hustle and bustle of the city. Usually there are activities for children, such as puppet shows or pony rides.

Some of the most interesting places that can be visited in the top of the hill are the following: 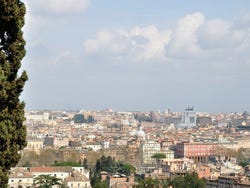 Views of Rome from Gianicolo 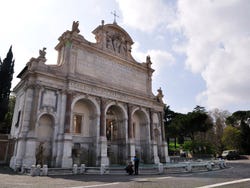