Explore the beautiful Italian cities including Naples, Pompeii, Ostia or Assisi with these Rome Private Day Trips. You'll have an exclusive guide just for you and your family, or friends. 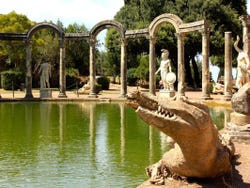 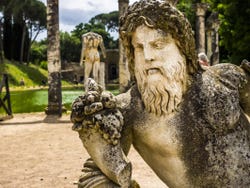 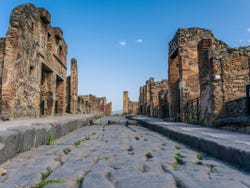 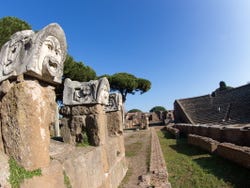 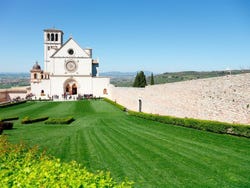 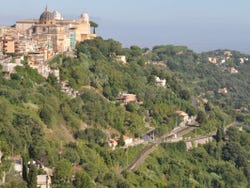 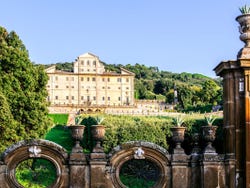 If you have several days in Rome and want to explore the surroundings with an exclusive guide, you can book one of our private tours. These tours last between 5 and 10 hours and include pick-up from your hotel, transport in a private vehicle and an English speaking guide.

Below you can see the details of each tour:

We'll leave Rome along the Autostrada del Sole motorway, which will take us to the south of Italy. Our first stop will be a two-hour guided tour of Pompeii. This ancient Roman city, buried by the ashes of Vesuvius in 79 AD, is now one of the main archaeological sites in the country.

In the afternoon, after a free hour for lunch, we'll enjoy a panoramic tour of Naples. On this tour of the capital of Campania, we'll see the exterior of its most symbolic monuments, such as Castel dell'Ovo, Piazza del Plebiscito, Castel Nuovo and the Royal Palace. The tour will end returning to the Italian capital.

We'll follow a similar itinerary to the Naples and Pompeii tour for groups.

After picking you up from your hotel in Rome we'll head to Assisi, the birthplace of Saint Francis. We'll visit the church of Santa Clara, Piazza del Comune and the Basilica of St. Francis, famous for its extraordinary medieval frescoes. You'll have a free hour for lunch, and the tour will continue to Orvieto. You'll have another hour free to visit this beautiful medieval village on your own and we'll conclude the tour back at your accommodation in Rome.

We'll follow a similar itinerary to the Orvieto and Assisi tour for groups.

We'll pick you up at your hotel in Rome and go to Tivoli, where Roman emperors spent their summers. Our first visit will be the beautiful Villa Adriana, which Hadrian had decorated with fountains and sculptures of oriental inspiration. The next stop will be at Villa d'Este, which stands out for its beautiful gardens. Here we'll see the famous "row of 100 fountains". The tour will end returning to your hotel in Rome.

We'll follow a similar itinerary to the Tivoli tour for groups.

We'll depart from Rome towards the archaeological site of Ostia Antica, one of the main ports in the Mediterranean during the Roman Empire. In this ancient enclave, we'll visit the Baths of Neptunes, the vestiges of the open-air theatre and the House of Diana, which still preserves various original objects from imperial Rome. Before returning to the Italian capital we'll also visit the Forum of the Corporations, a meeting point for workers of different guilds and trades.

We'll follow a similar itinerary to the Ostia Antica tour for groups.

On this private tour from Rome, we'll visit several villages in the Italian region of Castelli Romani. Our first stop will be Monti Albani to see the charm of Ariccia and Castel Gandolfo, the summer resort for the Popes. The last stops will be at Grottaferrata and Frascati, where you'll have one hour free to taste the local products. From Frascali we'll return to Rome.

With each tour you'll have the following guides:

Advantages of a private tour

By booking a private tour you'll have an exclusive Spanish speaking guide. You can even choose the day of the week you prefer and if you're a large group, you'll save money!

This is a private tour organized for you and your partner, friends or family.

It is compulsory to display a complete Covid vaccination certificate or a negative PCR or antigen test. This information is for guidance only and may change depending on local regulations. Always check the restrictions before travelling.

The capacity of all means of transport will be reduced to 85% of their maximum capacity.

At monuments, museums and attractions, the maximum permitted capacity will be a 80% of the total maximum capacity.

Hotel pick up and drop off.

Transport in car or minibus, depending on the size of the group.

Private and exclusive tour, there won't be anyone else in your group.

You can book up until 24 hours before the activity as long as there are still places. Book now to guarantee your spot.

Only some areas are accessible. Paid wheelchair loan service available. An accompanying person is required. This must be indicated in the reservation.

Free! Free cancellation up to 7 days before the day of the activity. If you cancel under this time, you will be refunded 80%. If you do not show up, you will not be refunded.